COMPELLING VIDEO LECTURES ON DEFINING EVENTS IN US HISTORY 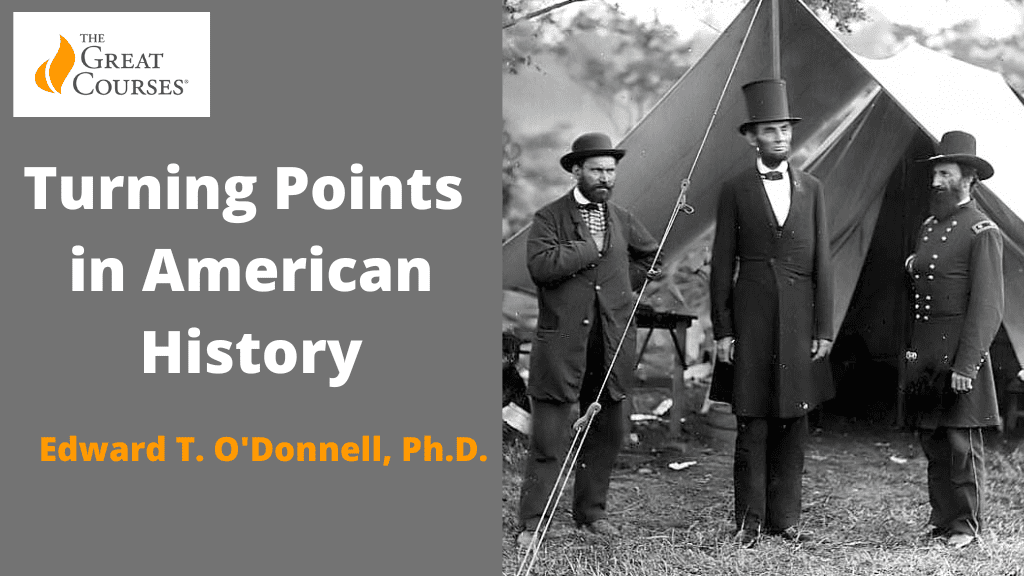 These are just four of the many turning points in the relatively short history of the United States—landmark movements that irrevocably altered the direction of the nation and signaled the dramatic start of a new historical reality.

Whether they took the form of groundbreaking political and philosophical concepts, dramatic military victories and defeats, nationwide social and religious movements, or technological and scientific innovations, these and other turning points are the veritable backbones of the American experience. They forever changed the character of America politically, socially, culturally, and economically. Sometimes, the changes brought about by these events were obvious; sometimes, they were more subtle. Sometimes, the effects of these turning points were immediate; other times, their aftershocks reverberated for decades.


Regardless, these great historical turning points demand to be understood. Knowing what these events are, how they came about, and their dramatic effects are essential to grasping the full story of this great world power. It may even offer you vital clues as to where America is headed in the coming years and decades.

Turning Points in American History is your chance to relive the most powerful and groundbreaking moments in the fascinating story of the United States of America. These 48 lectures, delivered by masterful historian and dynamic Professor Edward T. O'Donnell of the College of the Holy Cross, offer you a different perspective on the sweeping narrative of U. S. history. Spanning the arrival of the first English colonists to the chaos of the Civil War to the birth of the computer age and beyond, this course is a captivating and comprehensive tour of those particular moments in the story of America, after which the nation would never be the same again. 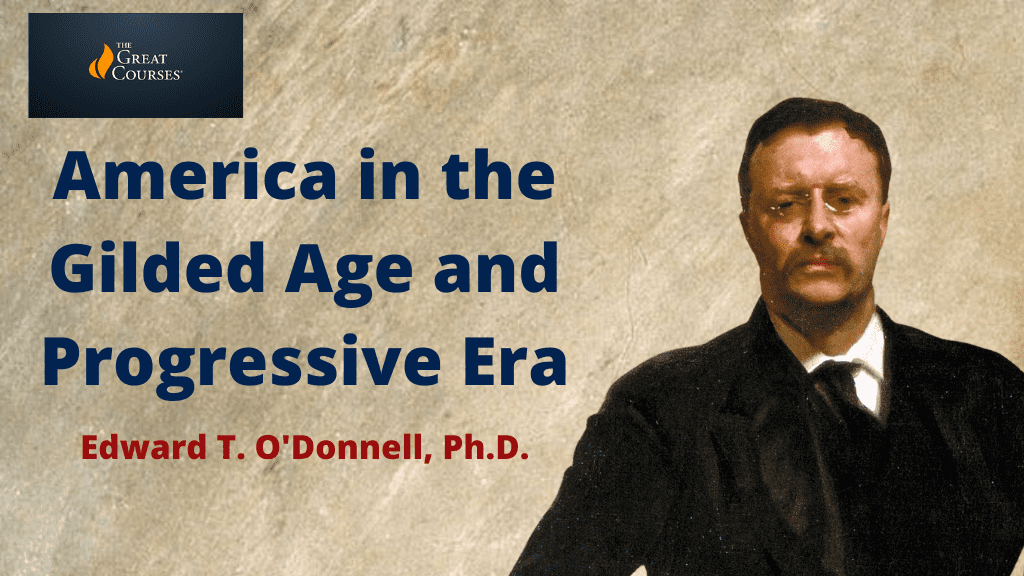 America in the Gilded Age and Progressive Era

America stands at a dramatic crossroads:

Sound familiar? You might be surprised to know that these headlines were ripped, not from today’s newspaper, but from newspapers over 100 years ago. These and other issues that characterize the early 21st century were also the hallmarks of the transformative periods known as the Gilded Age (1865–1900) and the Progressive Era (1900–1920).

Welcome to one of the most colorful, tumultuous, raucous, and profoundly pivotal epochs in American history. Stretching from the end of the Civil War in 1865 to roughly 1920, this extraordinary time was not only an era of vast and sweeping change—it saw the birth of the United States as we and the world at large now know it.

Before the Gilded Age and Progressive Era, America was a developing nation, with a largely agrarian economy; sharp divisions between North, South, and West; and virtually no role in global affairs. Yet by 1900, within an astonishing 35 years, the U.S. had emerged as the world’s greatest industrial power.

During the Gilded Age and Progressive Era, the U.S. went from “leading by example” and maintaining an isolationist foreign policy to becoming a major participant in international events, showing itself as a nascent superpower in the Spanish-American War and World War I.

Numerous other events came together during these same periods to create the U.S. that we know now. In a time rife with staggering excess, social unrest, and strident calls for reform, these remarkable events characterized the Gilded Age and Progressive Era:

A mainly agrarian population became an urban one, witnessing the rise of huge cities.

The phenomenon of big business led to the formation of labor unions and the adoption of consumer protections.
Electricity, cars, and other technologies forever changed the landscape of American life.

To delve into the catalytic events of these times is to see, with crystal clarity, how the U.S. went from what we now might consider Third World status in the mid-19th century to becoming the major power it is today. Knowledge of these pivotal eras also provides insightful perspectives on conflicts that dominate our contemporary headlines—from fears surrounding immigration and income inequality to concern for the fate of the environment—and how they were meaningfully addressed in past times.

Now, in the 24 lectures on America in the Gilded Age and Progressive Era, Professor Edward T. O’Donnell of the College of the Holy Cross leads you on a sprawling, multifaceted journey through this uproarious epoch. In taking the measure of six dramatically innovative decades, you’ll investigate the economic, political, and social upheavals that marked these years, as well as the details of daily life and the critical cultural thinking of the times. In the process, you’ll meet robber barons, industrialists, socialites, crusading reformers, inventors, conservationists, women’s suffragists, civil rights activists, and passionate progressives, who together forged the new United States. These engrossing lectures provide a stunning and illuminating portrait of a nation-changing era.